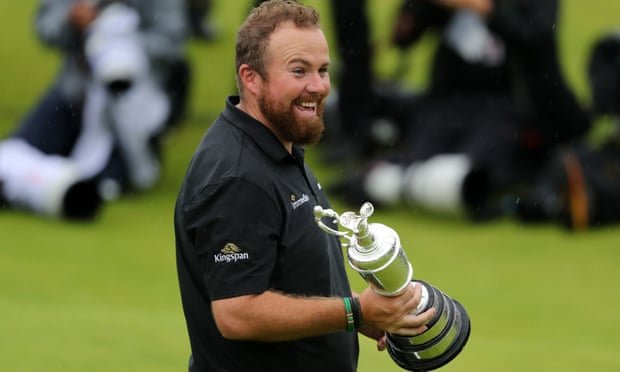 That the final major championship of the decade ended in a rout was a bummer for those of us who wanted mayhem, but it no doubt went exactly as 2019 Open champion Shane Lowry hoped it would go. Lowry, an Irishman who grew up not too far from Royal Portrush, shot an under-fire 1-over 72 to finish at 15 under and win the 148th Open Championship by six over Tommy Fleetwood in Northern Ireland, which hosted this major for the first time in 68 years.

Lowry actually won the event with a 63 on Saturday and then held on for dear life Sunday as the wind and the field tried their best to blow him out to sea. For a couple of moments, it looked as if that might happen. But it never got serious.

Lowry hit a shaky bullet off the first tee that hooked into the rough and labored for bogey from there. If the man who was up four to start the day was going to be caught, it would be because he fell apart early on. It didn't happen. He rebounded strong by playing the next six holes in 3 under.

Fleetwood, his only serious competition on a blustery Sunday, never could flip him by more than a stroke on a single hole. The first was a good example. Lowry had some distance on his bogey putt, and Fleetwood had a reasonable look at birdie. It seemed as if the middle ground was that Fleetwood would pick up a pair, but he could only get one. It was like that all day.

When the wind and rain started pounding players down the leaderboard as the Lowry-Fleetwood twosome reached the back nine, Lowry stumbled again. He bogeyed three of his first four there, but nobody could mount a charge. The last five groups (not including Lowry) played the course in 41 over. Nobody played it under par. That's obviously problematic when Lowry was hovering around par throughout.

It's not as if he couldn't have been swept away, either! Playing in the second-to-last pairing, J.B. Holmes fired a jaw-dropping 14-over 85 in the same weather Lowry played in.